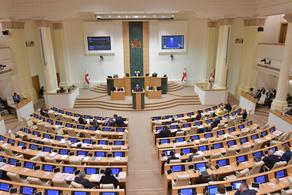 The Strategic Partnership and Cooperation Agreement has been ratified with Great Britain, with the Parliament having already approved the document.

Georgian Foreign Minister Davit Zalkaliani and First Secretary of State Dominic Raab signed the Agreement on Strategic Partnership and Cooperation between Georgia and the United Kingdom of Great Britain and Northern Ireland on Oct 21.

The Agreement will enter into force after the United Kingdom of Great Britain will leave the EU, with it substituting the EU-Georgia Association Agreement in bilateral relations between Georgia and Great Britain.