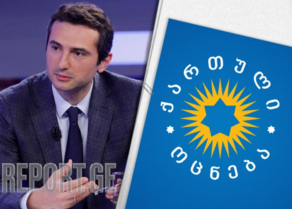 Deputy chairman of the parliament Kakha Kuchava says that the six-point document by European Council President Charles Michel does not read the term 'political prisoner' in any of its sections.

"In the document, one cannot come across any surname or the term 'political prisoner.' The six-point formulated by the European Council President refers to information obtained after his meetings and the six issues concerning which, in his view, the dialogue must keep going. Everyone knows that there is no other alternative but the dialogue," he said, once again emphasizing that one fails to find the term 'political prisoner,' anywhere in the document.

Within his visit to Georgia, on Mar 1, European Council President Charles Michel met with the Georgian president, Prime Minister, the Chairman of the parliament, and the opposition.

Later, at his initiative, a meeting between the authorities and the opposition was convened.