The number of people wishing to join NATO has decreased 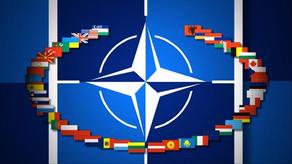 According to the National Democratic Institute the opinion polls results issued in September, 17, 71% of the respondents support Georgia’s aspiration to join NATO.

The survey was conducted in July 13-29, 2011, based on 2 131 face-to-face interviews conducted across Georgia (excluding occupied territories). The nonconcurrence of the data is 1.7%. Field work was carried out by CRRC Georgia.

According to the survey conducted in April of the current year, 74% favored NATO membership, while in December, 2018 the number was 78%. This was the highest point in recent years, but polls show a 7% drop in supporters starting from December.

As for the number of supporters of joining the European Union, this goal was supported by 78% as of July the current year, compared with 77% of April data. However in comparison to December 2018 the decrease is noticeable. EU membership was supported by 83% in December of the last year just like NATO, given data has been on the rise in recent years.

Interesting thing is that the proportion of EU supporters in major cities of regions is 85 and 82 percent, in Tbilisi - 78 percent, and in the minority populated areas - 57 percent.