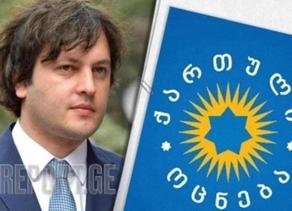 ''They are trying to spark massive public outcry. They are seeking benefits, and some partisan managers of different media outlets are using the death of their deceased colleague to trigger a riot,'' Kobakhidze told Rustavi 2.

Cameraman Lashkarava was buried on 13 July.