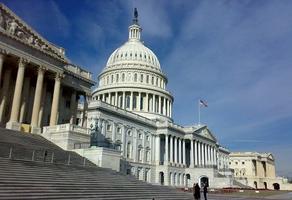 The document reads that in 2021, Georgia will get financial assistance in the amount of not less than USD 132,025,000; however, 15% of this assistance may be withheld before the U.S. Secretary of State determines and provides the report to the Appropriation Committee on Georgian Government's willingness to follow the path of democracy and corresponding efforts made to achieve this goal. The Secretary of State must also determine whether the Georgian government is implementing effective measures to eradicate corruption, strengthen the rule of law, and protect foreign business in the country.

According to the bill, financial assistance will not be frozen to those programmes that aim at attaining all objectives mentioned above.

Additionally, The drafters of the bill unanimously underline that the United States supports Georgia's sovereignty and territorial integrity and refuses to provide countries recognizing the independence of Georgia's breakaway regions of Abkhazia and South Ossetia with financial aid.

"Ongoing threats by the Russian government underscore the importance of continuing United States foreign assistance to former communist countries, including Georgia, in their continued efforts in areas of democracy and the rule of law,” the document reads and includes Georgia on the list of those countries who are the key allies of the US and are victims of Russia's aggression.

Per the document, Georgia will get USD 35,000, 000 under the foreign military financing program; additional USD 5,700, 000 will be allocated for international narcotics control and law enforcement.

The Press release of the Committee reads that the bill was passed with 29 votes against 21.