Under what condition will Lelo for Georgia party leader give up parlia 21 October, 2021  23:09 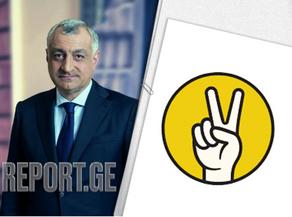 Lelo for Georgia party leader Mamuka Khazaradze says that he will leave parliament in the event that the opposition candidate wins Tbilisi mayoral elections.

After giving up his parliamentary mandate, according to Khazaradze, he will get down to implementing the ''Marshal Plan''.