UNM leader Melia: We are willing to defeat this regime 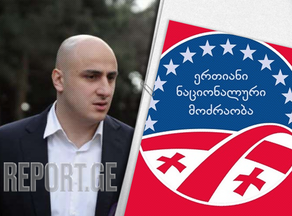 UNM leader Nika Melia has presented the opposition's choice as a majoritarian candidate and the founder of the Droa political party Elene Khoshtaria.

Melia addressed the public gathered in the Gldani district, Tbilisi, saying that everything points to the fact that the opposition will win on 2 October.

''We are willing to defeat this regime. We want to do so not because to replace one regime with another. No! We want to overthrow this regime to ensure a happy future for children who are now in this square. We, parents, have the right to do so. Furthermore, we are obliged to fight till the end! What prevents us from doing so? Nothing! We are right as never! We have a moral advantage. Why should we not gain a victory on behalf of this county's future?

Elene Koshtaria is an honest person, a paragon of sincerity. She will definitely become the head of the city assembly,'' Melia declared.