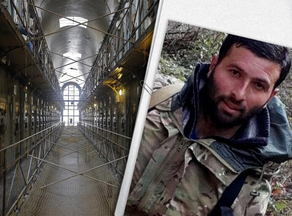 Bibilov's order was published today and is valid starting from today.

"He was released from further imprisonment," the document reads.

The State Security Service confirmed the information about Gakheladze's release to Report.ge.