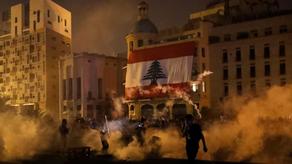 Maas says that the Lebanese government can only restore the people's trust if the government manages to conduct a transparent investigation into the reasons for the explosion.

The massive explosion occurred on August 4 in the Lebanese capital, Beirut. The explosion's cause was 2,759 tons of ammonium nitrate stocked in irrelevant conditions in a warehouse at the city port. The explosion caused the death of 154 people, 60 more people are missing, and over 6000 are injured.