MIA about the whereabouts of Saakashvili 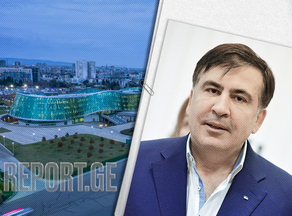 At a briefing held at the Ministry of Internal Affairs, it was stated that the information about the return of the third President of Georgia was not true.

According to the Deputy Minister, Alexandre Darakhvelidze, Mikheil Saakashvili has not crossed the state border of Georgia.

"We have had active communication and relations with the Ukrainian side, and I can say with confidence that Mikheil Saakashvili has not left the state border of Ukraine.

Mikheil Saakashvili released a video address where he stated that he was in Batumi.

Before publishing the video, Saakashvili wrote on the social network that he was already in Georgia.

As report.ge was told in the MIA, Saakashvili has not crossed the Georgian border.