Nika Melia's lawyer: This is not imprisoning a person; this is taking him hostage 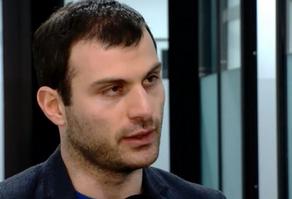 "This is not imprisoning a person; this is taking him hostage," Nika Melia's lawyer Beka Basilaia said after the court hearing.

In the lawyer's words, autocratic leadership has been introduced in the country.

"We have witnessed autocracy. Judge Chakhnashvili follows the Georgian Dream's instructions. The Georgian Dream has advanced to Authoritarianism from a single-party parliament. Talks, regarding some legal institutions, are ephemeral in this status quo. Everything has ended," Basilaia declared.