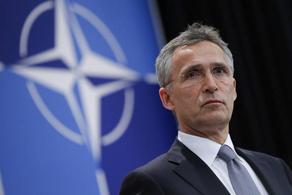 In his tweet, NATO Secretary-General Jens Stoltenberg said that the telephone conversation with Georgian Salome Zurabishvili was ''good.''

''Good call with President Zourabichvili_S. I welcomed the agreement between political forces in Georgia. We discussed security in the Black Sea region & our shared concerns about Russia's military build-up. I thanked her for Georgia's commitment to our mission in Afghanistan.'' he tweeted.

President Zurabishvili and NATO Secretary-General had a telephone conversation today.