Oppositionist Samadashvili: It is time to stop burying heads in sand like ostriches 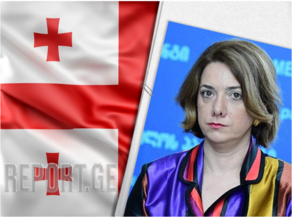 Oppositionist Salome Samadashvili says that the country has officially run off its political course today, and it is time to stop burying heads in the sand like ostriches.

''The country has officially confirmed that it has changed its foreign political course. What has happened today is equal to Yanukovich's move to scrap the association agreement. The agreement by Michel was the tool to ensure snap elections and restore the democratic system in the country. This is precisely the reason why Ivanishvili trampled on it. It is time to stop posing as ostriches. Main opponents to the West in Georgia now are Ivanishvili and his regime,'' Samadashvili said.