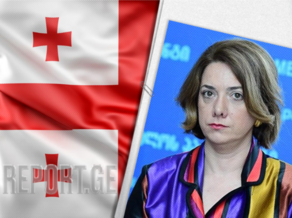 "In this situation, in order to leave the Georgian Dream alone with its unfulfilled obligations and to make additional arguments, it may be right for the UNM to say that they will join the agreement and the self-government elections will be a referendum on the country's future, the next political step. A similar statement by the United National Movement at the level of the declaration may be politically correct," Salome Samadashvili said.

"Georgian Dream" held a briefing on the withdrawal from the April 19 political agreement yesterday, July 28.