Borjgalosnebi to play against the current world champion 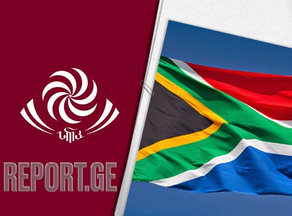 The Georgian rugby team will play against the current world champion, the South African team, twice during the summer.

According to the information published on the official website of the Georgian Rugby Union, the test matches will be held in South Africa on July 3 and 10.

On July 17, the Georgian national team will host Scotland.

Before these three matches, the Georgia rugby players will face Belgium, or the Netherlands, on June 26 in the final round of the European Rugby Championship.