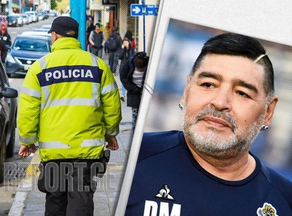 Maradona, was accused of forging the athlete's signatures on some essential documents, Corriere dello Sport reports.

Law enforcement agencies found documents with Maradona's forged signature during a search of the office and home.

Information about the forgery was provided to the Prosecutor's Office.

Leopoldo Luque is officially included in the list of suspects in Maradona's death.

60-year-old Maradona died on November 25, 2020, when he underwent rehabilitation after surgery. A heart attack was named as the reason for his death.

Leopoldo Luque first faced charges on November 29 for negligence to his patients.