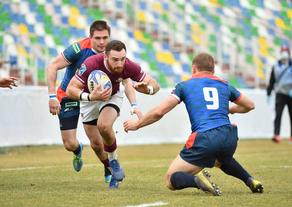 The national rugby team of Georgia has defeated Russia’s national team with a score of 16:7.

The match was held at Mikheil Meskhi stadium, Tbilisi.

The final match of the European Championship was held without spectators.