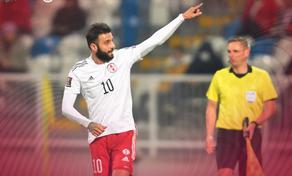 The Georgian team defeated its rival 2-1.

The game was held at the Fadil Vokrri Stadium.

It is noteworthy that the Georgian team has won its first World Cup qualifying cycle match for the last nine years.