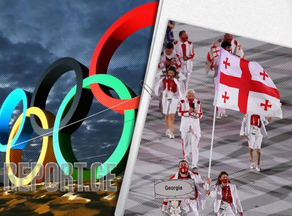 Georgian sports team has already appeared in front of the audience at the official opening of the Tokyo Olympic Games. They were led by two flag bearers, Lasha Talakhadze and Nino Salukvadze, who was honored to raise the Georgian flag.