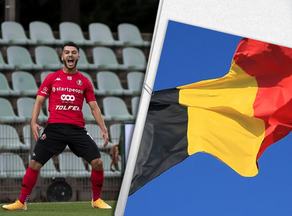 In the fifth round of the first league of Belgium, Giorgi Mikautadze's R.F.C. Seraing defeated Lierse S.K. 5: 2.

A 19-year-old Mikautadze scored a hat-trick. He has already scored nine goals in the current championship. The French football player of Georgian origin is the property of FC Metz, and they will probably return Mikautadze to their team.