Lasha Bekauri is an Olympic champion 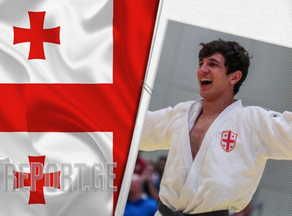