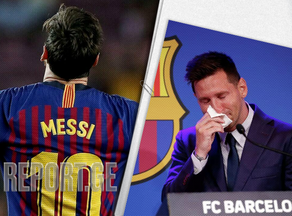 The Paris Saint-Germain F.C. striker Lionel Messi may play against Manchester City F.C. The Argentine player managed to train with the team, which means he feels good.

Messi is unlikely to be in the starting line-up against Pep Guardiola's team but will be able to play on the switch.

Lionel Messi had to miss the last two matches in Ligue 1 due to a knee injury. He has played three games in PSG and has not scored a goal.