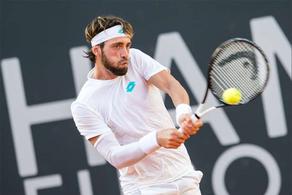 Georgia's No.1 ranked tennis player Nikoloz Basilashvili has succeeded in defeating his Greek rival Stefanos Tsitsipas after meeting him for the third time.

In the semifinals of the Indian Wells Masters, the Georgian tennis player will meet Amerikan Taylor Fritz and German Alexander "Sascha" Zverev.