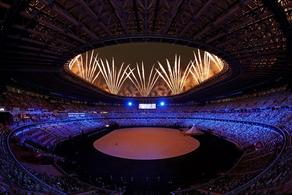 After a year-long delay because of the COVID-19 pandemic, the Tokyo Olympics officially started today, with athletes from nations across the world taking part in the opening ceremony.

Around 1,000 people, representatives of delegations, and senior officials were present at the ceremony.

The flags of Japan and the Olympic flag were traditionally hoisted.

Following this, everyone paused for a minute to commemorate coronavirus victims.

Representatives of different countries displayed their flags at the ceremony, with John Lennon's ''Imagine'' also played.

Olympic rings, the symbol of the Olympic Movement, were also displayed, followed by fireworks.

The ceremony lasted for four hours.

It is noteworthy that The Tokyo Games will feature five new sports, with the games to end on 8 August.

A total of 35 Georgians will participate in the Olympics this year.