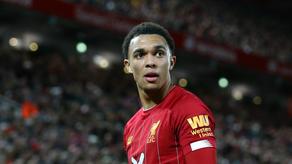 Liverpool defender Trent Alexander-Arnold has been named Premier League Young Player of the Season for the 2019/20 campaign.

Alexander-Arnold, the only nominee also on the Player of the Year shortlist, was instrumental in Liverpool's title-winning season and recorded 13 assists - second only to Manchester City's Kevin De Bruyne - as well as 14 clean sheets and four goals.

Jack Grealish was also nominated after helping Aston Villa secure Premier League survival as well as Dean Henderson, the Red Devils goalkeeper on loan at Sheffield United who has been tipped to replace David De Gea at Old Trafford.

But it was Alexander-Arnold, who is now believed to be worth more than Paul Pogba according to a recent study, who picked up this year's gong.