Iraqi Prime Minister evicted from the post by the Parliament

Iraqi Prime Minister evicted from the post by the Parliament 1 December, 2019  19:11 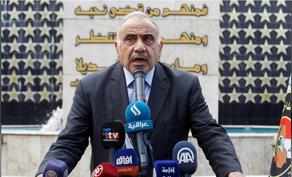 The Parliament of Iraq has supported the eviction of the Prime Minister, Adel Abdul Mahdi from his post. The decision resulted from multiple anti-government riot causing the collisions between the population and the police and the victims.

Abdul Mahdi made the resignation announcement last Friday. He justified the decision by willing to face off the political crisis in the country.

“The Parliament of Iraq addresses the President with the request to name a new candidate for the position of the Prime Minister”, - reads the publicized announcement.

Abdul Mahdi is to continue working with the ministers for certain period of time, until the formation of a new government.

The military forces of Iraq killed at least 400 protesters. Around 20 policemen died in collisions. The acts of protest have started on October 1 and still continue.