Contribution of Armenia and Azerbaijan to Georgian tourism

Contribution of Armenia and Azerbaijan to Georgian tourism 30 September, 2020  11:23 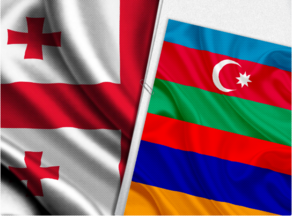 Armenia and Azerbaijan have strategic importance to Georgia when it comes to foreign trade.

Tourism is no exception, as Georgia has always been an attractive country to visit.

According to the National Statistics Office of Georgia, 113.8 thousand visits to Georgia were from Armenia in 2019, 15.9% of the visits together. In the same year, the number of visits from Azerbaijan to Georgia amounted to 127.2 thousand, which is 19.8% of the total number of visits. Last year, 92.9 thousand citizens visited Georgia from Azerbaijan, and 80.5 thousand citizens from Armenia.

The total 1 544 098 visitors arrived in Georgia in January-August this year, a decrease of 75.6% compared to the same period last year.

A decrease in visitors is caused by the coronavirus pandemic, although the conflict between Armenia and Azerbaijan, close to the Georgian border, also impacts tourism. Experts say that Georgia will lose tourists even after the pandemic recedes if the Armenian-Azerbaijani conflict does not escalate in time. Tourism experts say that this damages the tourist image of Georgia and loses the tourist attractiveness of the entire Caucasus region. Consequently, the situation between the two countries is not suitable not only for Georgia but for any country in the region.

The position of conflict specialists, economists, and financiers on the Azerbaijan-Armenia conflict are similar. They say the conflict between the two countries will have a significant impact on the region's economy. The economical price of this conflict depends directly on its persistence, time, and scale.

The armed conflict between the two countries intensified on July 12 as well and lasted for about ten days.