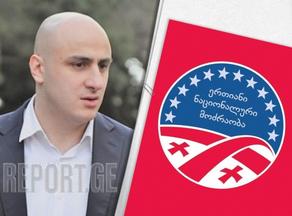 Recently elected UNM Chairman Nika Melia said that the National Movement party is now being subjected to political revamping. "The National Movement is undergoing political revamping and restructuring, and at the end of January at the latest, it, with its inflated vehicle tires, repaired car parts, which malfunctioned earlier, will reemerge in the center of the political scene," Melia said, adding that they will bring new blood to the team.

Nika Melia was elected a UNM chairman on 27 December.

More than 20,000 voters participated in the online elections.