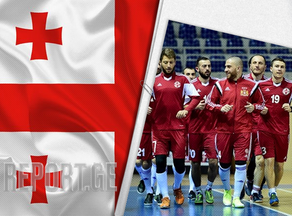 Georgian national futsal team will hold the final match of the qualifying group stage of "Euro 2022" against Russia in Moscow.

The team left for Moscow on April 10 after winning a historic match against France. On April 9, the Georgian national futsal team defeated France 3: 2 in the fifth round of the "Euro 2022" qualifying group stage and won a trip to the European Championship for the first time in history.

Nine out of 16 participants of the final stage are already known - Azerbaijan, Bosnia-Herzegovina, Georgia, Spain, Italy, Kazakhstan, Netherlands (hosts), Russia, Croatia. Georgia is the first in 8 qualifying groups to win this right.

The final match of the qualifying group stage of "Euro 2022" between the national teams of Russia and Georgia will take place on April 12 at 18:00 Tbilisi time.