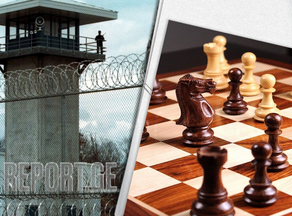 "Georgian women convicts team is the world champion in online chess," the International Fund for Sports, Tourism and Youth reports.

"On October 13-14, 43 teams of convicts from 31 countries took part in the first online convicts' championship. The International Chess Federation organized the championship.

The championship is part of the "Chess for Peace" program, which was founded in 2020.

Out of 43 teams participating in it, there were five women and three junior teams.

The International Fund for Sports, Tourism, and Youth has fully funded the stages of preparation for the domestic tournaments and championships of Georgian women convicts.

The foundation has set special prizes for the winners.

It is noteworthy that all penitentiary institutions were equipped with chess equipment with the help of the fund," the statement reads.