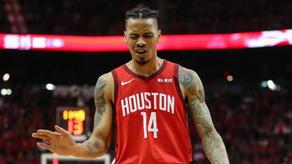 The Houston Rockets made significant changes to the team during this summer's transfer season.

Chris Paul left team. Russell Westbrook will play in Rockets instead of him.

According to the source, the veteran will need time for rehabilitation. He might even miss the whole season.

Rockets wing Gerald Green's broken left foot is feared to be a Lisfranc fracture that would require season-ending surgery, sources said. Green is seeing another specialist today to get confirmation.