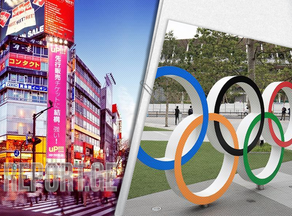 The organizing committee of this summer's Tokyo Olympics is considering delaying until June its decision on how many spectators will be allowed to enter games venues, due to a resurgence of coronavirus infections, an official with knowledge of the schedule said Wednesday.

The Japanese organizing committee had initially planned to come up with a basic policy regarding maximum capacity by the end of April, about three months before the opening ceremony of the Olympics.

But the committee is finding it difficult to stick to the original schedule as the number of infections is rising again in the Japanese capital and other urban areas driven by more contagious variants of the virus.

Seiko Hashimoto, president of the committee, said Friday the organizers must be "flexible" in addressing the issue of how many spectators will be allowed to enter Olympic venues.

She told a press conference that her committee wants to come up with a basic policy this month, but the final decision will likely be made later after closely monitoring the infection situation.

The committee has been studying several possibilities, including holding the games without spectators and limiting the crowd to 50 percent of the venues' capacity, according to several officials, who spoke on condition of anonymity as the plans have not been made public.

The organizing body is also looking into whether it is possible to allow entry of everybody who has purchased tickets so far, the officials said.

Taro Kono, minister in charge of Japan's COVID-19 vaccine rollout, said Thursday the games will be held in "whatever way is possible and that may mean there will possibly be no spectators."

In March, the committee and four organizing bodies of the Olympics and Paralympics made the unprecedented decision to bar overseas spectators as part of efforts to prevent the spread of the virus.

The five bodies, also including the International Olympic Committee and the Tokyo metropolitan government, may hold an online meeting in late April to discuss the issue of domestic spectators.

With the Olympics set to begin on July 23, opinion polls have shown that a large majority of people in Japan are not in favor of the organizers staging the games this summer following a one-year postponement.

According to a Kyodo News poll released in mid-April, 39.2 percent of respondents said the games should be canceled and 32.8 percent believed they should be rescheduled again.