Mick Schumacher: I believed this dream would come true 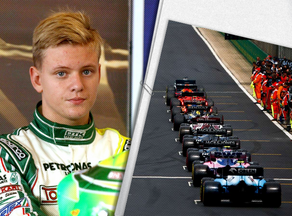 Mick is in Formula 2 this season and is the leader of the 2020 Championship. Junior Schumacher was also the Formula 3 champion in 2018.

It became known that in 2021 the second pilot of Haas will be a debutant - Russian Nikita Mazepin.

"The prospect of getting into Formula 1 next season makes me incredibly happy. There are simply no words. I want to thank Haas, Ferrari, and the racing academy for their trust. Also, I thank my parents because I have to thank them for everything. I always believed that this dream would come true," Mick Schumacher said after signing the contract.