Spectators will not attend Georgia-Russia match in futsal

Spectators will not attend Georgia-Russia match in futsal 2 February, 2021  10:44 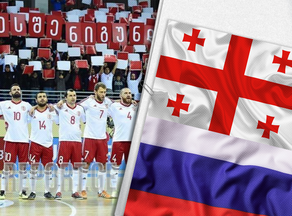 The Georgian futsal team will host Russia in the qualifying round of the European Championship today, February 2, at the new Olympic Palace in Tbilisi. According to the Secretary-General of the Football Federation, David Mujiri, the spectators will not attend the match.

"Georgian futsal team will host Russia on February 2 at the new Olympic Palace in Tbilisi. This is the first official game of the year. We finished the first match against France 4: 4, which is a pretty good result in this difficult group. The second one, will go to the European Championship. Unfortunately, this match will be held without spectators," Mujiri explained.