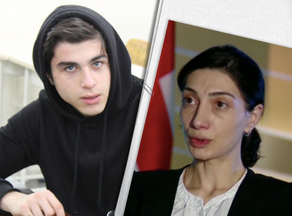 The City Court announced the verdict in the case of the death of 15-year-old Luka Siradze. Judge Mariana Choloiani got sentenced to 3 years in prison. Besides, she was deprived of the right to work in law enforcement agencies for two years.

The State Inspector's Office revealed administrative misconduct in the case of Luka Siradze by several other police officers.

A 15-year-old Luka Siradze jumped from the ninth floor of a residential building in Tbilisi after interrogation. The teenager died on December 17, 2019, in Iashvili Clinic.

Mariana Choloiani, an investigator of the Didube-Chugureti Police Department, got detained by the State Inspector's Office for pressuring and forcing him to testify.

The arrested investigator got sentenced to imprisonment on December 19, 2019, as a measure of restraint.